Launched at the end of 2018, QRILL Pet Mushing Team set out on a mission to become the best long-distance dog sled team. This including the establishment of a better understanding of the sport, together with creating a unique foundation that will set new standards in the dog mushing universe. Lets look at what the team has achieved during the first racing season.

Being the first professional dog sled team in the world, we started off on an unknown path. However, looking back at this first season the achievements of our team members, are none other than above and beyond.

Hanna Lyrek, the 19 year old and youngest musher in the QRILL Pet Mushing Team, has done tremendously well. She became the youngest to ever win the FL-500 class of the Finnmark race. Passing previous champion Harald Tunheim, an experienced Norwegian dog musher, Hanna became the 2019’s Norwegian Champion in long-distance dog sledding. She finished the 570 km trail in only 40 hours and 23 minutes. The team set a new standard, when they managed to completed the last trail between Karasjok and Alta in just over 9 hours, a trail that is estimated to take 11 hours.

Hanna’s affection and care for her dogs is of great admiration. After crossing the finish line in Alta, she was already prepared with treats, directing her full attention towards her dogs. Although she is only 19-years old, she is the first dog musher to complete all three distances in the Finnmark race. She won the junior race two years ago. In 2018, she was the youngest dog musher to ever compete in Europe’s longest dog-sled race which is 1200 km. The future of Hanna and her furry team members looks very promising.

Joar at the Last Great Race on Earth

Across the big pond, the only orange team at the start line at the 1600 km race Iditarod, was Joar Leifseth Ulsom's team. Being last year’s champion and this year’s title defender, all eyes were on Joar throughout the race. The expectations of his fans and spectators were big.

Despite the 2019’s Iditarod being one of the toughest in years, Joar and his team finished in second place, only 12 minutes behind the winner Peter Kaiser from Alaska. After loosing important lead dogs rather early in the race and dealing with other obstacles along the trail, Joar and his team regrouped and did a tremendously strong performance. Joar might not have won this year, but he managed to keep his placing-record standing. He has participated in seven Iditarod’s and has finished top-7 in all seven start. Joar is the only musher to have ever accomplished this and we are looking forward to see what he will be able to accomplish next year.

Learn more: How dog mushing has evolved and the need-to-knows

Thomas Wærner and his furry team members have not only won one, but both Europe's toughest and longest dog sled races this season. He became the champion of the 650km Femund race early February 2019 and also took the victory at the FL-1200 Finnmark race, the world's northernmost and Europe's longest sled dog competition. In both races, the team took a rather early lead and kept it going all the way til the end. A truly impressive performance by his strong and enduring dog team.

Thomas definitely has a lot to look back on this season. The day just before the start of the Finnmark race, he got married to his finance, now wife Guro, at the Ice Hotel in Alta with a memorable wedding ceremony. He has a big heart, for both his family and his dogs. This was recognized when he also received the veterinarian award at the Finnmark race, which is handed out to the musher who demonstrated outstanding dog care and health. Thomas is a true champion, who puts the health, happiness and safety of his dogs first.

This might interest you: Why would a CEO of a biotechnology company compete in a dog sled race?

A successful and memorable year for the QRILL Pet Mushing Team

In addition to these three teams, we must highlight our two other great mushers. Marit Beate Kasin, winner of the rookie award in the 2015 Finnmark race and the Norwegian Champion in 2016, did a rock-solid performance during this year’s FL-1200 Finnmark race. After being on a steady top-8 for most of the trail, Marit speeded up through the last checkpoints and completed on a well-deserved 4th place. We are truly impressed by her team Vinterdans’ achievement.

Our 4-time Iditarod champion Dallas Seavey took his team on a long journey, crossing the Atlantic from Alaska to Norway. The determination and preparations alone is truly admirable, especially in regards of the immense logistics and planning needed. Dallas traveled to participate in the FL-1200 Finnmark race, but due to the well-being of his dogs, decided to leave the trails early. Nothing is more important than the health of these furry athletes and for that we are proud to have such admiring mushers on our team.

Read about: 5 essential benefits of Antarctic krill for pet food

Looking back at this year's racing season, we can truly say that it has been a very successful year for our team members. All we can say is buckle up and lookout for more orange news to come! 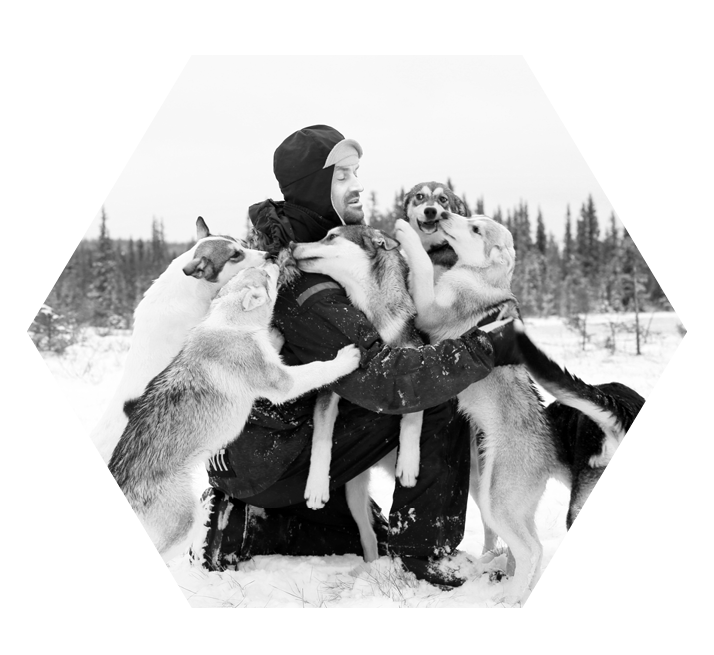