How dog mushing has evolved and the need-to-knows

Mushing is a sport and transportation method powered by dogs. It involves the use of one or more dogs to pull a sled on snow, or a cart on bare ground. Its history stretches far back, however, there have been drastic changes in execution, mentality and purpose since the early beginnings of mushing.

Traditionally, “mush” was a phrase used to order a team of dogs to start moving. It originated in France from the word “marche” which means to walk or move. “Marche” then developed to “mush” in the English language. Today, “mush” is not used as a command anymore, instead it has come to describe the method of dogs pulling a sled. Besides "dog mushing", this activity is also referred to by terms such as "sled dog racing", "dog freighting" and "skijoring.

Read on about:Why would a CEO of a biotechnology company compete in a dog sled race?

Scientists believe that the original sled dogs evolved in Mongolia as far back as 25,000 years ago, although this is difficult to pinpoint exactly. Regarding the first traces of dogs actually being used to pull sleds, we can look back to about 3,000 years ago, or perhaps even further.

Traditionally, dogs were used to facilitate the everyday lives of their human counterparts, especially in hunting and as a means of transportation. Far into the 1900s dogs would still mainly be kept for practical purposes and used in the transport of supplies such as food, mail and medicine. This was due to dogs being extremely resistant to bad weather. They were also able to transport cargo to areas which other delivery transports, including horses, boats or trains, would be restricted from and unable to reach.

Unsurprisingly, the use of dog sleds mainly evolved in arctic regions and countries that experienced harsh winters. The original dog sleds would only use one to three dogs to pull a small handmade sled, and there was no order to the arrangement of the dogs. This has since changed, and Russian explorers are credited as the first to start training a lead dog that would answer to certain commands and take a head role. The Russians were also the first to adopt the setup of the rest of the team as one line, as seen in today’s dog sled arrangement.

The Alaskan Gold Rush, beginning in the late 1800s, brought an increase of demand and popularity to dog mushing. It was very common for the gold miners to use dogs in their everyday operations, and it was no surprise that they wanted to test their dogs against other teams. As a consequence of this new interest, a race called The All Alaskan Sweepstake was created. Historically known as the first organized dog sled race, it continued annually for many years, the last race being in 2008. 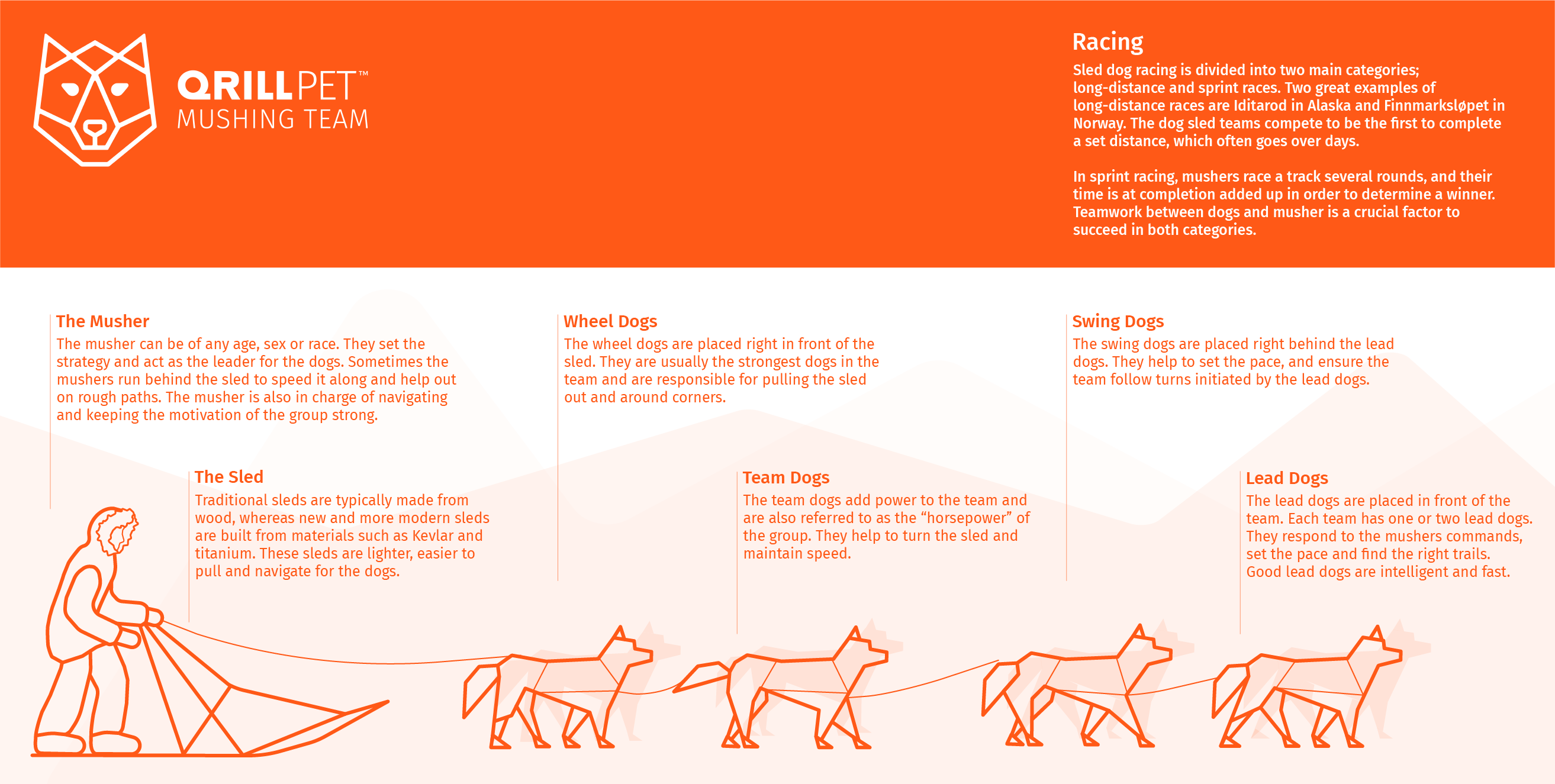 Read about: How QRILL Pet acts as a power ingredient for dogs

The All Alaskan Sweepstake would lead to the 1925 serum run to Nome, also known as The Great Race of Mercy, where more than 20 mushers and about 150 dogs participated, heroically saving many children during a diphtheria outbreak in Alaska.

An important name is Leonhard Seppala, he won the "All Alaska Sweepstakes" in 1915, 1916, and 1917, and played a crucial part in the 1925 serum run. He was a Norwegian dog musher who became famous not only for his racing victories but also for his actions in bringing medicine to isolated villages during the diphtheria outbreak.

People particularly noted his untraditional way of treating his team. Seppala would never whip, force or yell at his dogs. He was also known for bringing his whole team to the finish line, which at that time was sadly not common practice as many dogs got left behind.

Seppala became a pioneer in animal welfare and in changing the rules of the mushing sport for the benefit of the dogs. The Leonhard Seppala Humanitarian Award was created in his honour. Today, this award is given by the veterinarian team of the Alaskan Iditarod race to a musher who demonstrates outstanding dog-care throughout the competition.

Read more: The importance of omega-3s for active dogs

As a result of new technology, the use of dog sledding in transportation of people and supplies is no longer a necessity. Today, dog mushing is generally a sport and, in many cases, is labelled an extreme sport.

The most well known long-distance races take place in Norway, Alaska and Russia, and there are some races where the dogs and musher will cover 1000-1500 km in less than 10 days. However, recreational mushing has also become a popular activity for tourists visiting colder climates. In great contrast to the Alaskan Gold Rush mushing, in the modern practice of training and driving a team the dogs’ well-being is of great importance and the use of force is not tolerated. The dogs and human collaborate and function as a unit. Teamwork between the dogs and musher is of great importance in order to succeed in this sport.

As the world’s first professional long-distance dog sled team, we can proudly say that the QRILL Pet Team consists of some of the best mushers in the world. The Norwegian mushers include Thomas Wærner, Marit Beate Kasin, Joar Leifseth Ulsom and the very promising Hanna Lyrek, our youngest team member. The group also includes Dallas Seavey, a third-generation dog musher from the USA.

However, the most important players are the four-legged super athletes which make it all possible. A crucial factor in achieving the best results is happy, healthy and well-trained dogs. The best validation is perhaps to watch the eagerness of the team before a race starts, or to see those many paws strutting through a check-point. 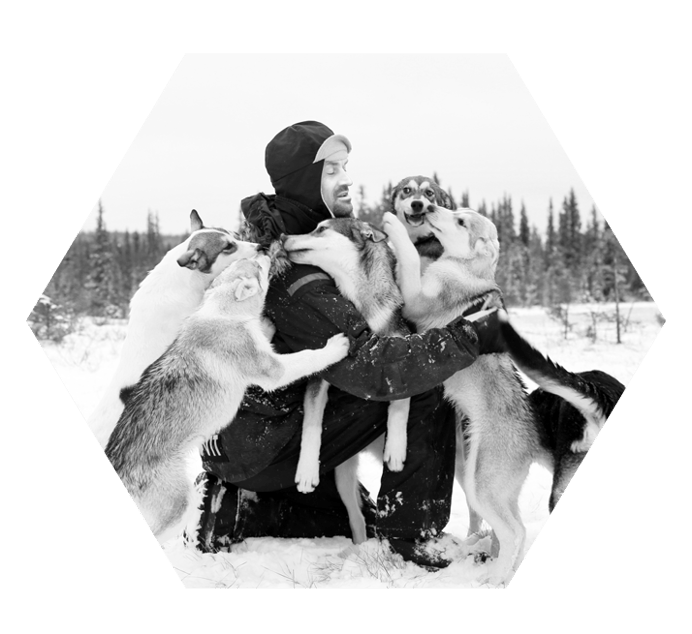