The life of world champions

The story of Sigrid Ekran and her dogs

Sigrid Ekran was born and raised in Sparbu, Norway. She grew up at a farm and animals have been an important factor in her life since early childhood.

Sigrid has become World Champion twice, in 2011 and 2015. She began her professional career in the Iditarod Race in Alaska, where she assisted the Norwegian dog sled racer, Robert Sørlie. She was responsible for the food drop-off for the team of the two-time Iditarod Champion. This helped her to realize early, that food is an important factor on the dogs' preformace. During this time, Sigrid gained a lot of experience and finally decided to commit to dog mushing full time in 2006. She were given two of Robert's most promising dogs, which laid the foundation for her own team.

Optimal health for her dogs

Today, she and her dogs live in Norway and they play a very important role in her life. She wants to make right choices for her dogs, which includes choosing the right food and nutrients. Sled dogs require a special diet, as they are constantly exposed to extreme conditions and deliver high preformance.  Therefore, she ensures that her dogs eat QRILL Pet in their daily diets, which helps them to recuperate between the runs and secures a sufficient omega-3 intake for the athletic four-legged world champions.

I understand that omega-3s have many health benefits for human and dogs alike. Therefore, I feed my dogs QRILL Pet from Aker BioMarine.

Watch more: The dog life of a world champion

Aker BioMarine is an official sponsor of Team Sigrid Ekran and her dogs from Norway. We were part of her long-distance Iditarod Race journey in 2016  and have actively supported her during one of the taughest dog sled races in Alaska.

It has been a valuable experience for us to work with Team Sigrid Ekran and be able to follow the benefits of QRILL Pet on her dogs. 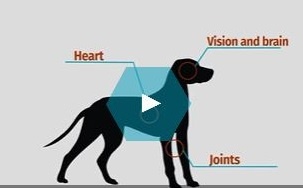