How to keep senior dogs healthy and happy with krill

A senior dog, although considered healthy, will at some point experience underlying biological events associated with the aging process. Progressive cell damage caused by oxidative stress is a consistent feature with age and can be one of the root causes for a declined health status.

Elderly dogs therefore naturally experience body changes like slower metabolism, wear and tear on inner organs, joints, and ligaments, loss of skin elasticity and coat condition, and reduced cognitive function (brain function), just to mention some. Hence, it would be wise to take this into account when formulating the senior dogs’ diet to support their health in the best possible way.

Using krill for dogs as an ingredient could be an efficient solution, as it brings several key nutrients for the senior life stage.

Why krill for pets?

When is my dog a senior?

There will always be individual differences regarding what age a dog is a senior. But in general, it is fair to say that gentle signs of aging can often be seen at the age of 7 for small and medium-sized dogs, and at the age of 5-6 for large- and giant-sized dogs. In the sense of showing obvious signs of aging, defined as geriatric onset, there is clear differences dependent on the dog size.

This table shows study results from investigating when to consider dogs in various weight groups a geriatric dog. It showed a clear trend that the smaller the dog the older before he or she can be considered elderly, and vice versa.

Nutritional support of the senior dog?

Typical conditions for senior dogs would be early evolving heart-, brain- or kidney- dysfunction, as well as various levels of reduced mobility. These are the conditions when specific nutrients could be of support.

Essential fatty acids like omega-3s EPA and DHA are well known for their benefits. Specifically, heart-, brain- and kidney health and mobility can be positively affected by the health-bringing fatty acids, and these are often areas where the senior dog would require some extra nutritional support. However, it is not indifferent which source the fatty acids come from.

Dogs given plant-based sources of omega-3, the short-chain alpha-linolenic acid (ALA,) must convert ALA to long-chain EPA and DHA in order to obtain health benefits. And dogs have the capacity to convert only small amounts of ALA to EPA, and practically no ALA converts to DHA.

Elderly dogs might have even poorer ability to this conversion process due to further reduced enzyme activity with age. Thus, with an increased chance for diseases that would respond positively to EPA and DHA, marine sources of omega-3 that delivers EPA and DHA directly would be of great importance for senior dogs.

How important are the right omega-3s?

Furthermore, comparing two marine sources of EPA and DHA it is worth noticing our recent study that showed how phospholipid-bound EPA and DHA from krill were more effective in increasing omega-3 levels in dogs compared to EPA and DHA from fish oil.

As previously mentioned, the long-chain omega-3 fatty acids EPA and DHA found in krill have been well documented in their health benefits. Reducing inflammatory responses connected to immunity, aiding in heart, brain or renal insufficiency or cancer, etc. are some of the benefits. Joint discomfort or even disease is also not uncommon in elderly dogs, as wear and tear may cause inflammatory conditions.

The occurrence of the mentioned conditions is increasing with age, and it would, therefore, be appropriate to ensure that a senior dog diet is rich in omega 3s.

Senior dogs may benefit from ensuring sufficient dietary amounts of biological antioxidants. This is because their own bodily production of antioxidants is declining with age at the same time as the amounts of free radicals destroying cells are increasing. The result without intervention can be increased oxidative stress and cell damage causing various dysfunctions or diseases. 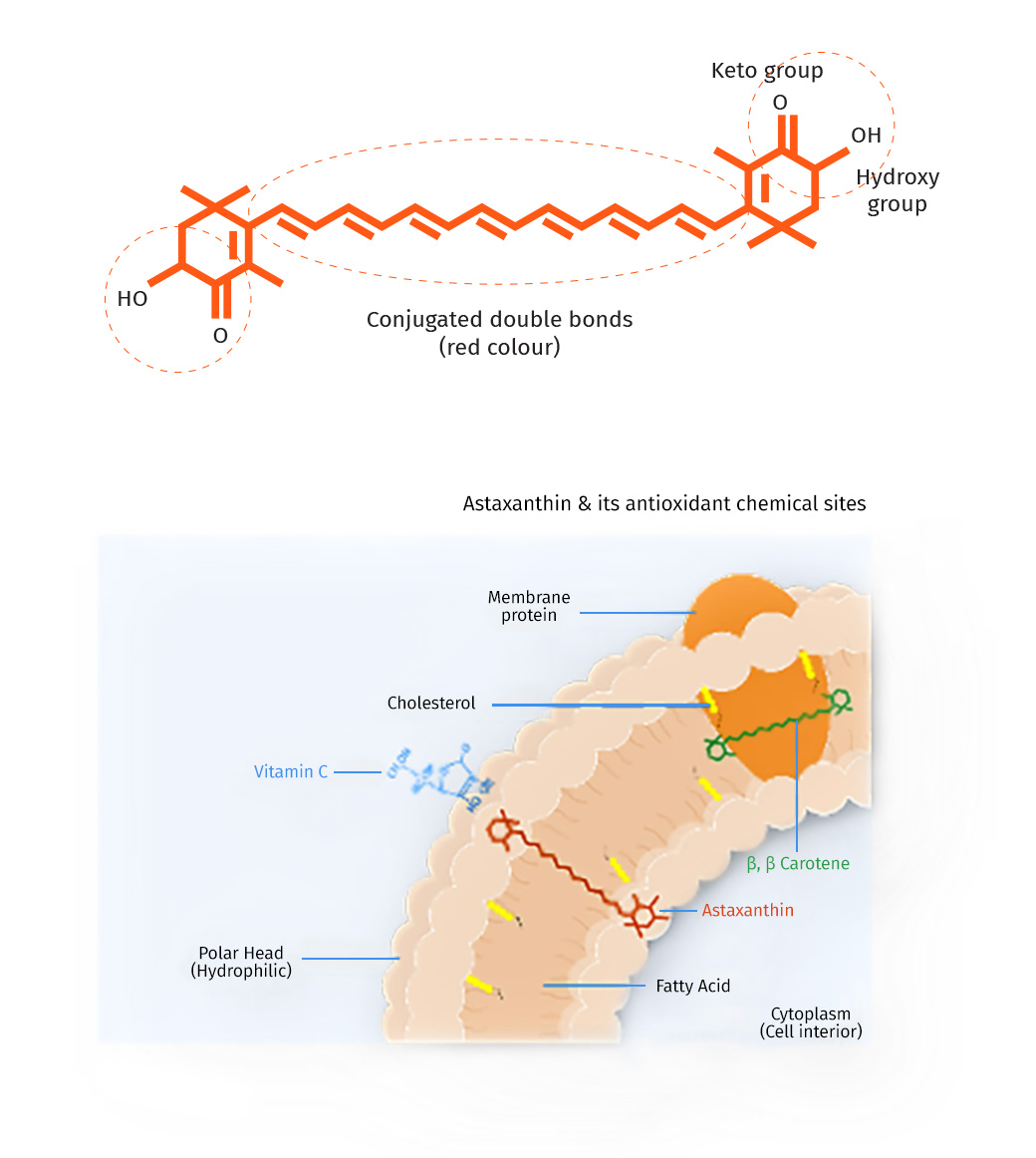 It can be difficult to prove a clear cause-and-effect relationship between diseases and antioxidants since the signs of oxidative damage are subtle. But several studies have shown how antioxidants can reduce cellular damage in the body, enhance e.g., immunity and overall antioxidative capacity of dogs.

Basic nutrition of our best friend, the dog

This vitamin-like component plays an important role in liver health and nerve transmission, and thereby also cognitive function and muscle function. Dogs produce some choline naturally, but due to its importance, pet food manufacturers are advised to add this nutrient to the food.

Omega-3s, antioxidants and choline in conjunction

Cognitive function, the ability to understand social situations and react accordingly, may decline in elderly dogs. The brain has a naturally high content of omega-3s vulnerable to oxidation, and lower antioxidative activity compared to other organs. Oxidative damage in the brain can lead to neural dysfunction and symptoms similar to Alzheimer’s disease are not uncommon in aging dogs.

In fact, cognitive symptoms may be seen in as much as 20-30% of dogs over 7-9 years of age and increasing to 68% in dogs over 14 years of age. Reduced ability to socially interact in the family negatively affects the quality of life for the dog, as well as the human-dog emotional bond, and nutritional support to aid or even prevent such conditions is highly valuable.

The presents of choline, being a nerve transmitter, is vital for brain function. DHA also plays an important role in the neural functions in the brain, and a decrease of this important fatty acid is commonly seen with aging. The same decline in antioxidant activity is seen.

Supplementation of antioxidants, choline, EPA and DHA may therefore act as a defense against cognitive decline. Studies show how a combination of long-chain omega-3s together with antioxidants and cognitive stimuli can reduce oxidative cell damage, improve cognitive function and learning ability, as well the immune defense.

Krill, a small crustacean that is harvested in the clean Southern Ocean of Antarctica, contains all these nutrients helpful for the senior dog. Krill provides fat with a high content of omega-3s EPA and DHA bound in phospholipids, and it is naturally rich in astaxanthin and choline. Combined, they make krill a particularly suitable ingredient in food for senior dogs facing age-related health issues.

What are phospholipids and why are they important for your pets?

Known as the “molecule of life”, phospholipids are natural, integral parts of both human and pet cells. Their role is to help maintain the strength, flexibility, and integrity of cells and cell membranes. Without them, pets would suffer critical cellular dysfunction that would also trigger enormous consequences for their health.

Omega-3s are one of the most researched nutrients in the world. However, what about the effects of phospholipid omega-3s on pets?

What are the most important omega-3 ingredients for pet food?

We already know how important omega-3 fatty acids are for pets and humans alike. But do you know what types of omega-3s you can find in pet food? And how are they different and which ones are more beneficial for pets?