By Aker BioMarine, May 04

According to its latest Annual report, Aker BioMarine generated revenues of USD 117 million in 2016 compared with USD 105 million in 2015, equivalent to 11 percent growth. The operating profit before depreciation and special operating items (EBITDA) amounted to USD 36 million in 2016.

The company managed to grow sales and improve operations in the still-challenging omega-3 market, and continues to heavily invest in new technology and the development of new krill-derived products.

Matts Johansen, CEO of Aker BioMarine, is satisfied with the result, but admitted that 2016 was still a challenging year for the company.

“Being a pioneer in this marketplace is demanding. For every victory, there are numerous setbacks. 2016 was a year filled with several achievements, with a few disappointments sprinkled in,” Mr. Johansen said. “Although 2016 was a good year for Aker BioMarine, we posted slightly negative earnings after tax.

The investments needed to build a supply chain for krill-based products, the resources needed to innovate and document their biological effects, and the time needed to develop new markets are reflected in our earnings.”

Mr. Johansen added, “Having a supportive owner in Aker ASA with a long-term vision has been vital to Aker BioMarine’s development. In 2016 we became stronger both financially and organizationally. We will continue to develop the company further by focusing on innovation, product development and investing in new technology to become an even more sustainable company.”

Aker BioMarine is a biotech innovator and Antarctic krill fishing company dedicated to improving human and planetary health. The company develops krill-based ingredients for nutraceutical, aquaculture, and animal feed applications. The company’s fully transparent value chain stretches from sustainable krill fishing in pristine Antarctic waters through its Montevideo logistics hub, Houston production plant, and all the way to customers around the world. Aker BioMarine is fully owned by Aker ASA, an industrial pioneer since its establishment in 1841. 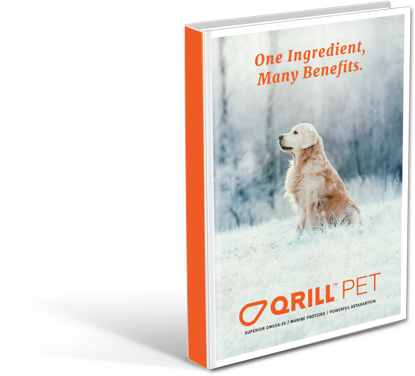