That moment we have been waiting for is here, as we’ve entered a new year, we can finally say that the race season of 2021 is full on!

In the first weeks of January, QRILL Pet Mushing Team already had two of their athletes out on the trails with great success.

The first race started on January 2nd and took place in Norway. MUSH Synnfjell kicked off the new season and Marit with team Vinterdans did a great job finishing on 8th place. With 45 teams at the start including handlers, race organizers, support and others, MUSH Synnfjell was well executed, even if COVID-19 kept the spectators at home.

Marit will participate in many events across Norway this season, focusing on the long distance Femund Race (Røros) and Finnmarks Race (Alta). Knowing her, Marit has prepared her team well for any big challenges ahead. 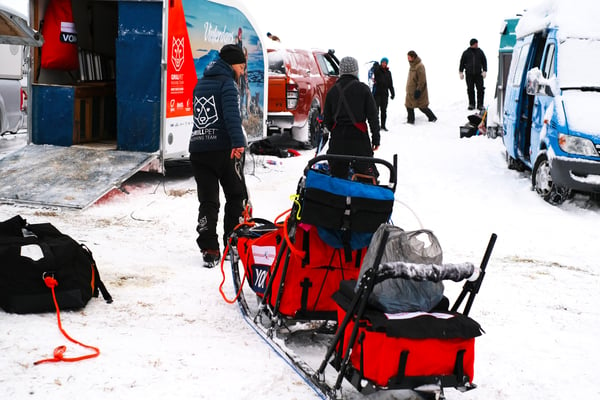 Rookie of the year

Joar with Sivo Racing kennel was second out and competed in the Copper Basin 300. While the original plan was to race the Kuskokwim 300 the race got postponed and Joar decided to give a new event a chance. January 9th 10:45, Joar left the start in Glennallen (Alaska) and crossed the finish line January 11th, on an amazing 2nd place. In addition to a great placement, the team also managed to gain Rookie of the year, an award given to the best first-time racing team.

Not surprisingly, Joar will take on the extreme Idiatrod, in addition to several other smaller races. This will tbe the 9th time he competes in this iconic long distance sled dog race.

A powerful ingredient for the world's toughest dog athletes

Three years has passed since Dallas raced on home grounds and now the time has finally arrived. In March 2021, he will once again hit the trail of the Iditarod. A race he grew up with and the one that means the most to him.

Last season he worked as a commentator for the QRILL Pet Arctic World Series, and so we are eager to see him finally compete again. Next to our other team member Joar, we are sure it will be an eventful race.

Check out the upcoming events

Taking on the north

Hanna, the 2019 FL-600 champion, is also taking on the long Finnmark Race together with her team. This will be her third time being at the start line in this distance. In 2018, she was the youngest to ever participate in the FL-1200, and has since then done nothing but proved her outstanding mushing skills.

Despite an unfortunate end to the Finnmark Race 2020, where the race got cancelled due to COVID-19, we know Hanna is going in with a strong mind and team.

Hanna Lyrek: The team is getting better and better

After a very turbulent 2020 which involved an amazing victory in the Iditarod race, being stuck on another continent for several months due to a pandemic and crossing the Atlantic in a 65 year old airplane, Thomas is staying on Norwegian soil. Despite hoping to be able to defend his title at Iditarod, Thomas had to accept the fact that participating would prove impossible during these times.

This season however, he will participate in the great Finnmarks race meaning he will be able to defend his 2019 victory, as last years was cancelled mid race. We are sure this will make his Norwegian fans very happy. 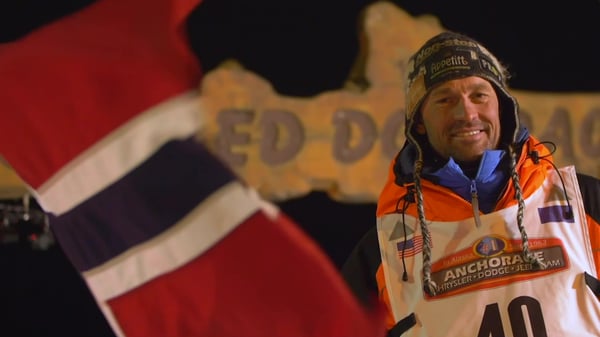 NO TIME TO GET BORED!

With an ongoing pandemic, last minute changes to events will happen and not to mention the comeback of Dallas Seavey or the defending of a title in the Femund Race. 2021 will without a doubt be a season to remember, as we enter our third year as a professional long-distance sled dog team.

With 5 unique mushers and all their outstanding teams, we are eager to follow them during their journey and adventures at the 2021 events. We hope you will join us following top-trained dogs and mushers taking on great challenges this season!

The best nutrition for champions

With the 50th anniversary of the "Last Great Race" and Finnmarksløpet being back on, the mushing season of 2022 was finally back to a pre-covid situation. This also meant that the QRILL Pet Mushing Team and our four mushers were back on the trails, doing what they do best together with their amazing dogs.